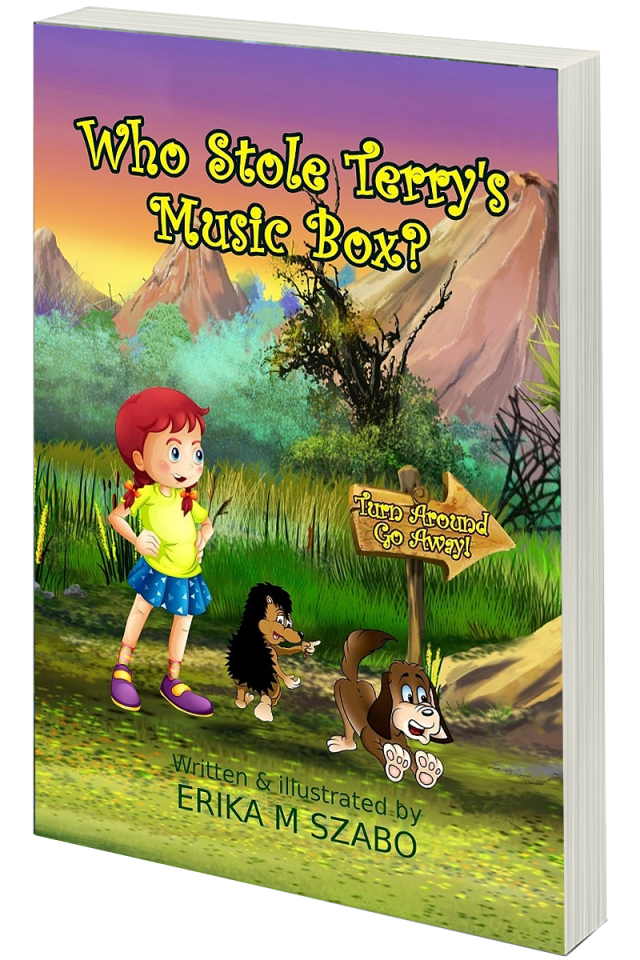 Tax and shipping included. Sold only in the U.S.

Terry is sad because she can’t find her precious music box that was a gift from her Grandmother. With the help of her dog, Pansy, and the wise hedgehog, Oliver, they cross the portal to the magical world and Pansy leads them to Wolfgang’s cave. Terry finds out why she has the ability to talk to animals and why the good witch enchanted her music box so long ago.

"Children always daydream about imaginary worlds. When they reach adulthood, most of them stop daydreaming. They lose the magic of imagination and the happy dreamers they used to be, cease to exist." ~Erika M Szabo