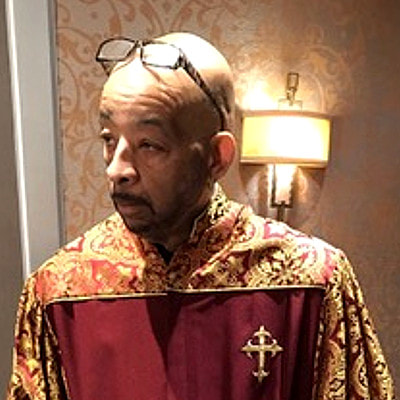 Rev. Dr. Michael Willett has spent over 50 years teaching martial arts in the New York City area to over 12,000 students. This licensed and ordained minister has been affectionately dubbed, the Warrior Priest by New York1 News’s Roma Torre. His effervescent style, coupled with humorous and progressive interplay, makes Dr. Michael Willett sought after, as a martial arts master, and one of America’s most anticipated faces on the lecture circuit today.
A world-renowned martial arts instructor, Dr. Willett has received numerous accolades. He has been inducted into the International Kung Fu Hall of Fame (under the direction of Grandmaster George Crayton Jr.), the World Christian Martial Arts Hall of Fame (under the direction of Grandmaster Ron Malone), and the World Martial Arts Hall of Fame (under the direction of Grandmaster Alan Goldberg). Dr. Willett has been serving now, as a World Martial Arts Hall of Fame board member, for over 20 years. The illustrious career of this Warrior Priest has won him four world championships and two international (sparring) championships. He currently serves as Editor of Martial Arts Magazine.
After 50 years of service and despite having earned a long list of impressive credentials, Dr. Willets is most proud of his wiliness to give back and still holds to his credo: The depth of your love is expressed by the degree of your giving. This mantra has led the benevolent leader to be honored and esteemed among his peers. Now, through Fatherhood Fight or Flight, Dr. Michael Willett hopes to encourage fathers everywhere to reevaluate and revisit manhood.
Dr. Willett chose our Ruby Publishing Package

Let us help you to publish your book